We live and work in the immediate Woodstock, Vermont area and always seek and look for ways to improve our wonderful community.

We view the Norman Williams Public Library as a key component of the community and wish to help it accomplish its goals to enrich the community.

Please use the form on our contact page to reach us by email – thanks! 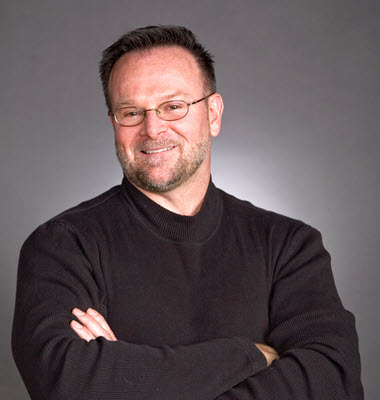 Gary grew up in the Boston area and decided to move to Woodstock, Vermont after living in Chicago, Nagoya and Tokyo Japan, and Ireland.

He is active in the community and has been a trustee of the Woodstock History Center, President of the Rotary Club of Woodstock Vermont, and a board member of the Norman Williams Public Library which is one of the finest libraries in Vermont.

His spouse is Nelly and he and Nelly have raised two daughters, Shannon and Lauren, in Woodstock. 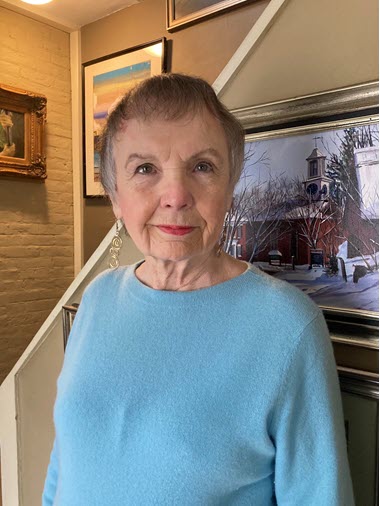 Peggy grew up in New York City and spent many summers in New Mexico with her family. She went to a small woman’s college in Virginia and met her husband David while there. After his graduation from  W & L University, he entered the US Air Force and they lived in Tennessee and Germany. While in Germany, Peggy was active in the Officers’ Wives Club and edited a monthly magazine.

Returning to America, David took a job in NYC and they lived in Montclair, New Jersey where they raised their three daughters Elizabeth, Pamela, and Katharine. Peggy was active in the Junior League, the Garden Club, and the Art Museum. She taught English, Social Studies, and mathematics at Montclair Kimberley Academy. Later she became a real estate professional as a Relocation Director and Marketing Manager.

Peggy and David have lived in Woodstock since mid-2008.  Dave has been active in the Rotary and the Round Table. Peggy has been active in the Garden Club, a volunteer for Pentangle, and a trustee of the Norman Williams Public Library. She is the past president of the Friends of the NWPL reinvigorating it in 2013. Peggy is the founder of Puppies & Pooches on Parade and the happy grandmother of Amelia and Oliver. 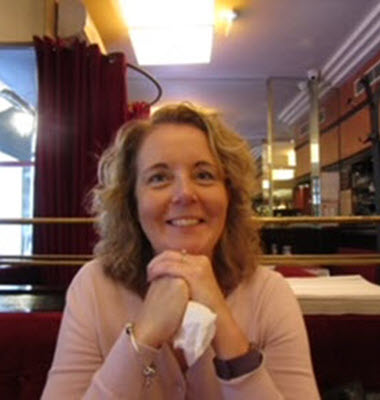 Jennifer grew up in North Brunswick, New Jersey. She attended Middlesex County College and Rutgers University and studied Business Administration. Jennifer moved to Vermont in July of 2006 with her family to own and operate a full-service country Inn, The Vermont Inn in Killington, Vermont.  She owned and operated the Inn for six years.  Jennifer now lives in Woodstock with her husband, Rich Kozlowski.  Jennifer has over twenty-five years of experience in finance and human resources across several industries, including health & wellness, tourism & hospitality, municipal government, commercial lighting, and transportation. Jennifer is also an experienced and credentialed Human Resource professional from SHRM and has held a SHRM-CP Certification since December of 2016.

Jennifer is very engaged with her community. She is the former Treasurer of the Ottaquechee Health Foundation, and current Treasurer of The Scotland House. Jennifer was a Girl Scout Leader for six years in New Jersey. She has served on a number of chamber committees and served on the Killington Chamber of Commerce Board for four years. She also co-founded the Girls on the Run chapter out of Barstow Elementary School and co-led the team for two years.

Jennifer enjoys being outdoors, hiking, alpine skiing, cross-country skiing, snowshoeing, and road biking. She enjoys her Peloton and spending time with her husband and their four adult daughters. She has completed several charity road bike and running events, including The Prouty, Harpoon Point-to-Point, Long Trail Century Ride, Tour of the Battenkil, and the Covered Bridge Marathon.

The Treasurer position is currently vacant. 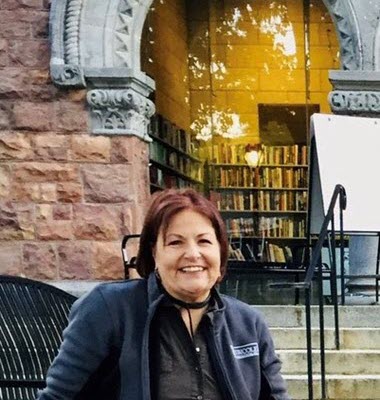 Jane is from neighboring New Hampshire and came to Woodstock in November 2020. Jane is proud to now call herself a Vermonter. Her professional career includes positions at Northern Telecom in Marketing, ten years as a sales professional at Comcast, and International Sales Manager for a fiber optic testing equipment manufacturer.

As part of utilizing local Woodstock resources, she visited the Library to obtain her card. (She wanted to visit and see the beautiful architecture of the library building in person.) On her first visit, she learned about Puppies and Pooches on Parade. Being a dog lover, she knew she wanted to participate in the event. She became a member of the Friends, and it wasn’t long after attending a couple of meetings that Jane was asked if she would fill the position of Secretary. Jane fulfilled her desire to work on the Puppies and Pooches Event in August 2021 and has worked on developing a Friends Facebook page and regular contributions to event planning and membership efforts.

Jane also contributes her time to the Dismas House of Hartford, where she is a volunteer cook and a member of the Resident Resource Committee. Most of Jane’s spare time is spent with the Woodstock Girl Scouts Troop 60419 as Troop Leader. Mentoring the girls has been an incredibly fulfilling experience and one she will always cherish. Most weekends, you will see Jane and her dog at East End Park, enjoying the trail, the river, and the beautiful open meadow. Jane remarks that the people of Woodstock have been so welcoming and inclusive and that she is delighted to donate her time to these valuable causes.